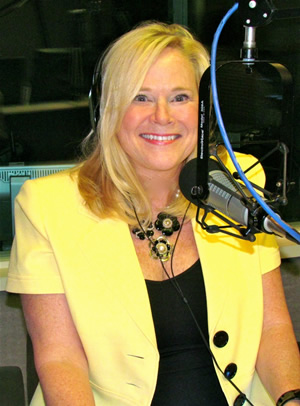 Sarah Knight Adamson is an entertainment journalist, radio personality and film critic with the Chicago Film Critics Association. She can be heard weekly on Hollywood 360 Radio Network reviewing major Hollywood film openings. Her written film reviews have appeared in magazines, online and in the TribLocal newspaper, a Chicago Tribune subsidiary.

Sarah enjoys interviewing entertainment talent and has conducted Q&A sessions for major Hollywood film screenings with the lead actors present, interviewed celebrities and covered Red Carpet Premieres & Awards Shows in Chicago and LA. Hosting the Academy Awards for a local theater in her hometown is an annual event she looks forward to each year, with Children’s Variety Charities as the main benefactor.

Serving as a judge on film juries for the International 48 Hour Film Project and the Chicago International Children’s Film Festival provides her with a personal sense of gratification and the promoting of the arts.

She holds a M.S. in Reading from Northern Illinois University and a B.A. in Education from the University of Nebraska.