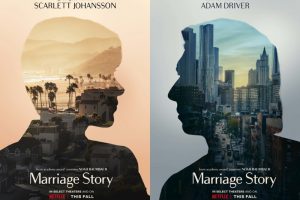 Marriage Story is a comedy-drama film or dramadey written and directed by Noah Baumbach. The film stars Scarlett Johansson and Adamson Driver. We view an insightful and compassionate look at a marriage breaking up and a family that longs to stay together. Laura Dern, Alan Alda, and Ray Liotta also co-star.

I screened the film opening night of FilmFest 919 in Chapel Hill, NC. The film is in theaters now and will stream on Netflix on December 6. One of the main problems is that the couple is torn between living on the East Coast or the West Coast, and of course, jobs are the main factors.

There’s so much to embrace in “Marriage Story,” the sharp, heartfelt, realistic script, the stellar performances by Adam Driver and Scarlet Johannsson, and Laura Dern, all will no doubt be nominated for an Academy Award.
The film that stays with you long after the credits roll, in fact, during some of the press screenings, the studio reps are passing out Kleenex. And yes, I too was tearful — definitely one of the favorite films of 2019. 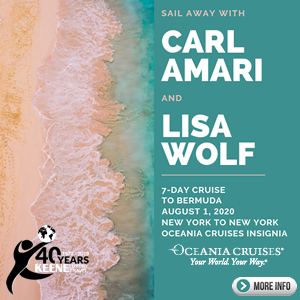