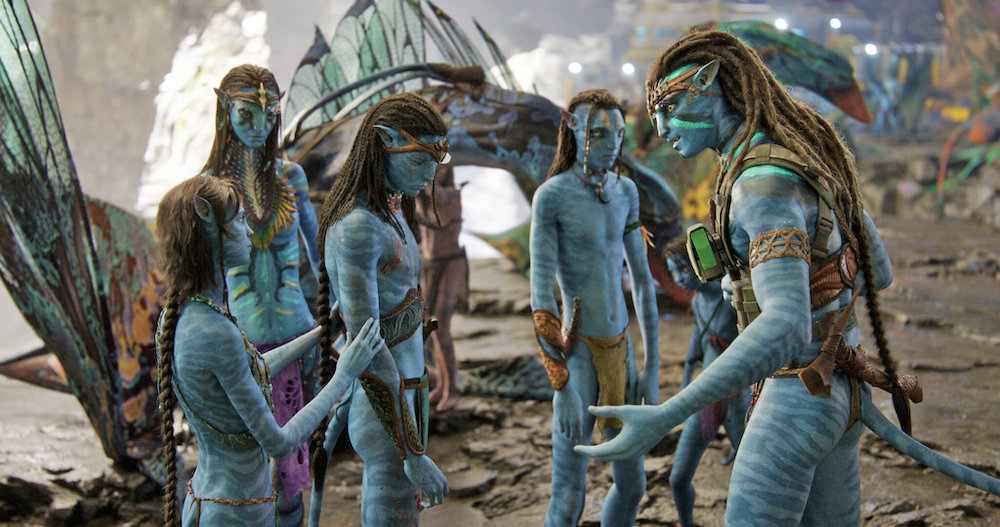 “Avatar: The Way of Water” opens this weekend! Do you remember viewing “Avatar” in December of 2009? I sure do; in fact, I saw it three times at the IMAX theater. My reaction was similar to seeing “Star Wars” for the first time. Here’s my “Avatar” film review posted on this website https://bit.ly/Avatar-Dec2009. After 13 years, the sequel is now here, and does it live up to the hype? Oh yes, definitely yes! The 3-D is the best I’ve seen to date—look for an underwater scene in which your 3-D glasses appear to ‘fog’ over. The stunning visuals, epic new family story, and a whale of a new character who steals the show all make “Avatar: The Way of Water” an entertaining film. 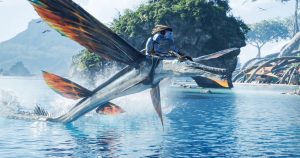 Much has been written about James Cameron’s intentions for the sequel and the other films that are being planned. “I’ve been thinking a lot lately about what art is in its essence. And I think dreams have something to do with it,” he told AP’s, Jake Cole. “There’s like a render engine or a narrative engine that runs in our heads every night. It puts images and scenarios together in some kind of sequence. Sometimes, most times, they’re completely illogical. But they have a kind of momentary logic to them. I’m always telling everybody on the film, this is a movie with floating mountains. It doesn’t have to always be logical. It just has to have that dream logic.”

That is the essence of viewing “Avatar: The Way of the Water,” it does feel dream-like and at times, illogical. However, that’s the magic of the film and why it does feel original and like nothing you’ve seen before. Look for an imaginary creatures called tulkuns that are similar in shape to a whale, with six flippers and six blow-holes, and is the size of two elephants. They have high intelligence, with a heightened spiritual and emotional essence. The reef clans view them as siblings and have a lifelong bond with a tulkun whom they call their spirit brother or sister. Lastly, you’ll find that they are hunted for a unique substance from a gland in their brains dubbed amrita that completely stops the aging process of humans. They are prime targets for whaling operations within the RDA and sell 1 liter of amrita for 80 million dollars.

“Avatar 2” opened to critics on December 6, thus continuing the story of actor Sam Worthington (Jake), a paralyzed marine who traveled to the planet of Pandora to get a new avatar body. More than a decade has passed, Jake is serving as chief of the Omaticaya clan, now has a wife, Zoe Saldaña (Neytiri), their oldest son Neteyam (James Flatters), middle child Lo’ak (Britain Dalton) and young daughter Tuk (Trinity Jo-Li Bliss), along with their adopted kids Kiri (Sigourney Weaver), and Spider (Jack Champion). Life is blissful until the humans predictably return, forcing the Sully family to leave the forests of their home to Pandora’s coastline, where they adapt to new challenges, new cultures of the reef clan, and a battle on the horizon.

After meeting Jake’s new family, we quickly revert to the villains, the Resources Development Administration (RDA), who tried to invade the Navi. The two forces clash again, and Jake’s children are taken, although they soon escape, although Spider is taken by Miles Quaritch (Stephen Lang). Quaritch recognizes him as his son and spends time with him to learn the ways of the Navi. Jake’s family is now living with the reef people clan; they are viewed with disdain due to their human heritage. The scenes of the sea and its creatures are fascinatingly gorgeous; they are the most beautiful mesmerizing scenes in the film.

Conflicts between the kids and their new surroundings ensue, as threats from the RDA; the film holds a taut tension which at times is unnerving, although it keeps the story moving and focuses on the conflicts. Kiri acquires a spiritual bond with the sea and a tulkun; these scenes are my favorite as they highlight amazing cinematography using light and reflections. I appreciated the family-centered focus, although the film is not for kids. You’ll see violence and hear swear words with kids in harmful situations.

The Bottom-line: “Avatar 2” is epic, exhilarating, and entertaining.