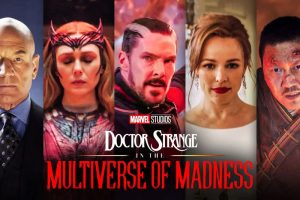 As I mentioned last week on Hollywood 360 radio, I’m an accredited member of the 75th Cannes Film Festival, and I’ll be reporting weekly. The US film “Top Gun: Maverick” will open Wed. May 18, in Cannes. I will be screening the film and will report back next week. Forest Whitaker will be awarded the Honorary Palme d’Or, and Viola Davis will be presented with the Women in Motion Award. Check out ticket information and other Cannes news on Sarah’s Backstage Pass. 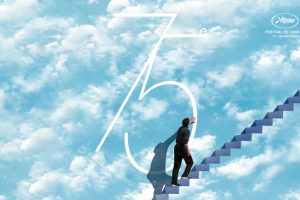 Tonight’s review, “Doctor Strange in the Multiverse of Madness,” is rated PG-13 and stars Benedict Cumberbatch as Dr. Strange. It begins with Strange in the middle of a bad nightmare, filled with a myriad of destruction and a no-way-out situation; we’re not sure this is real until we view him to awaken from his dream. Soon enough, after the film rolls a bit, the dream is an indication of what lies ahead. And, upon nearing the end of the film, one realizes that nightmare is the crux of the entire film—Dr. Strange is battling for his life and the lives of the universe of his world. 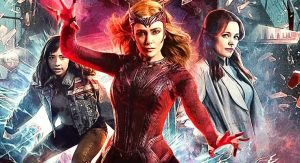 Director Sam Raimi is known for his horror films, “The Evil Dead,” “Drag Me to Hell,” the former garnered four films. “Doctor Strange in the Multiverse of Madness” has a tone similar to a horror film. The demons, monsters, reanimated corpses, and zombies fill the screen with grotesque deranged features and mannerisms, like screeching, roaring, and high-pitched screaming. The creature’s single task is to kill. And kill they do. Marvel films are known for their sprinkling of humor, which I appreciate. Any jokes that are spoken in the film fall flat due to the gruesome tone of the movie. They are out of place; they don’t ease tension or provide a reprieve. 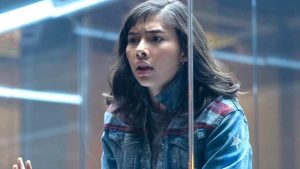 I appreciate the dual female lead roles, Elizabeth Olsen stars as the evil Scarlet Witch and Wanda, and Xochitl Gomez tars as America Chavis; both performances are fantastic; it’s just too bad the script didn’t delve deeper into their character’s story. Chavis especially was slighted. I also enjoy seeing Rachel McAdams on screen, and unfortunately, the same was true for her as well; not enough back-story or development.

Benedict Wong, as Master Wong, gave a stellar performance; he’s on the side of Dr. Strange and eager to help strategize and follow through as planned; he’s dependable and adds to the storyline.

The bottom line: with the underlying tone of horror, any humor seems out of place. The violence also a dull and repetitive script are the significant concerns. Caution, do not take children to see this film—the PG-13 rating pushes the boundaries here, electric shock, people sawed in half, torture of a 15-year-old girl. I was majorly disappointed in the film as, finally, the female parts are in place, yet the horror is too over-the-top for a Marvel film to be enjoyable.