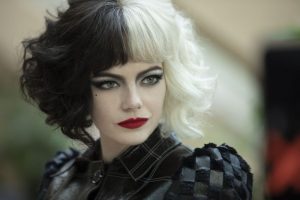 Hi Carl, and hi everyone, tonight I’m going to review the film “Cruella” rated PG-13 is streaming now on Disney+ and in theaters. Emma Stone and Academy Award winner Emma (“La La Land”) stars as Cruella, telling the story of her early days in 1970s London as a fashion designer. The backstory is of a young girl, Estella, who transforms into Cruella. She’s determined to make a name for herself in the fashion world. 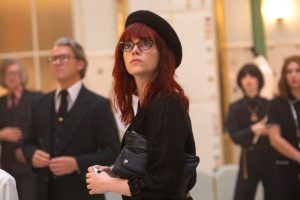 The film live-action also stars Emma Thompson, a two-time Oscar winner (“Howards End,” “Sense & Sensibility”), as Baroness von Hellman, a fashion legend who plays by her own rules.
The director is Craig Gillespie, known for his hit film, “I Tonya.” 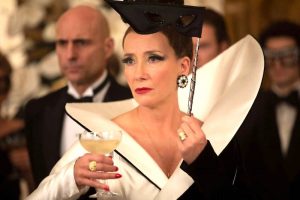 The Bottom-line? I’m way in, Three and a half stars out of four. Disney has redefined Cruella as an anti-hero; her backstory is heartbreaking as we see her mother’s death early on. The 2-hour revenge-driven film plays like the “Joker” meets “The Devil Wears Prada.” The age group is teens and adults. I appreciated seeing Estella’s creativity shine and her bravery in facing hardship.

Thanks so much for listening in tonight. This is Sarah Knight Adamson for Sarah’s Backstage Pass.com, where you can check out my written review of Amazon’s excellent 10-Part Series, “The Underground Railroad,” and be sure to check out Disney’s “Cruella.” And I’ll see you next week.