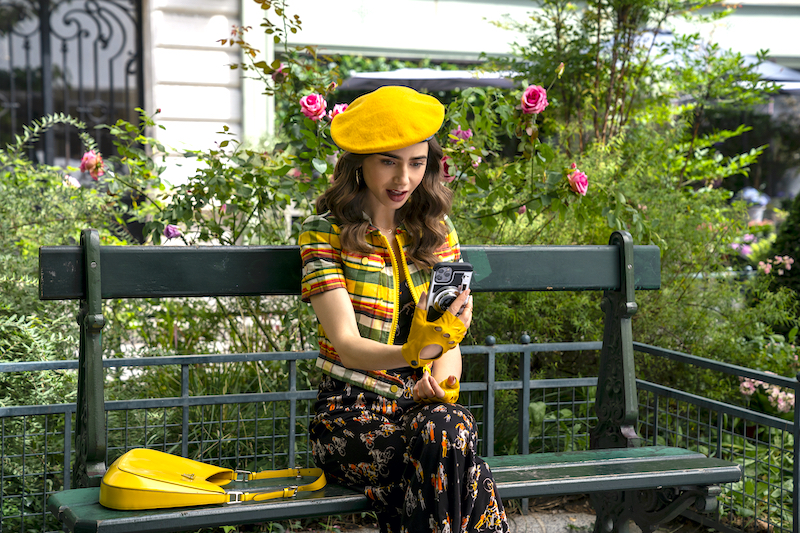 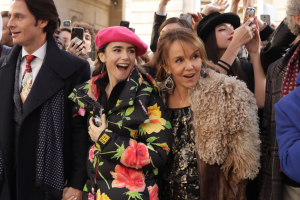 Without a doubt, Season 3 of “Emily in Paris” is the best yet! I’ve championed the series from the beginning, as all the characters are cast perfectly in their roles—however, they all, including Emily (Lily Collins), needed depth and an interesting storyline. Season 3 focuses on Paris’s main attraction, the Eiffel Tower, and the shots and scenes are absolutely gorgeous. The Jules Verne restaurant is somewhat of a hidden gem in Paris; having dinned there on a few occasions, I was pleased the effort was made to showcase one of the most beautiful restaurants in the world. The fact that a villa outside of Paris in Provence with lovely lavender fields was used as a location also immensely set the tone and options of France in general. Truth be told, I’m waiting for Cannes or St. Tropez in Season 4 to be highlighted. 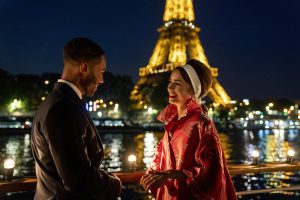 Season 2 ended with Emily trying to be in two places at once without hinting at her dilemma. Her couture clothing remains fabulous, as does her musically talented singer friend Mindy (Ashley Park) wardrobe. Her love life has been expanded, which accounts for more conflict and surprise. Camille (Camille Razat) is the girlfriend of chef Gabriel (Lucas Bravo), and he and Emily still have enormous chemistry, and we see that heat up a bit. Although I’m not one for spoilers, this storyline had been front and center since the beginning. I can tell you they do have ‘alone’ time and are fun to watch.

Another standout character is Sylvie (Philippine Leroy-Beaulieu); we see her vacillating between her younger boyfriend, her ex-husband, and her ex-lover. I adore Sylvie’s attitude toward Emily as she rolls her eyes and shakes her head when finding out Emily’s Instagram has hit another home run for her business. She is the perfect yang to Emily’s ying, of which her ideas continue to soar. I also appreciate her written as a strong female character who doesn’t need one man; she’s content with her life and plays by her own rules.

Look for a shocking surprise during the last Episode, as I tried to predict the outcome and missed. That’s okay; I can’t wait for Season 4, delicious clothes, savory eats, and beautiful French scenery. Bring it on!