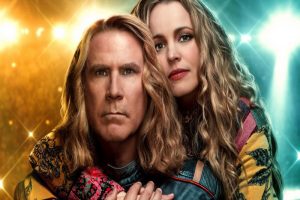 “Eurovision Song Contest: The Story of Fire Saga” is Will Ferrell’s latest comedy, and it’s streaming now on Netflix.

The movie follows two friends that have grown up together in a small village in Iceland—Lars, played by Will Ferrell and Sigrit, played by Racheal McAdams. Pierce Brosnan stars as Will Ferrell’s father, with Dan Stevens and Demi Lovato co-staring. Lars has a big dream to win the Eurovision Song Contest.

The film was initially scheduled for a May 2020 release to coincide with the annual Eurovision Song Contest 2020. It has been held every year since 1956 until this year. The contest provides artists with a career boost and sometimes long-lasting international success. Several of the best-selling musical artists, including ABBA, Celine Dion, Julio Iglesias, and Oliva Newton-John, have participated. After the 2020 Eurovision’s contest cancellation due to the COVID-19 pandemic, the film was released a month later, June 26, on Netflix.

Unfortunately, Fire Saga is not the best-loved singing duo, and to make matters worse, Lars’s dad is the biggest vocal critic. Through the silliness, a heartwarming story of perseverance, love, and dreams is woven throughout.

The Bottom-line, I’m in three stars out of four. Director David Dobkin, who brought us laughs in “Wedding Crashers,” presents a hysterical film capitalizing on Will Ferrell’s ‘Man Child’ persona. You’ll see some hilarious moments, and I especially enjoyed viewing Rachael McAdams’s comedic performance. The main problem is the 2-hour run-time, for sure editing would have helped in this case.

Written by Will Ferrell and Andrew Steele