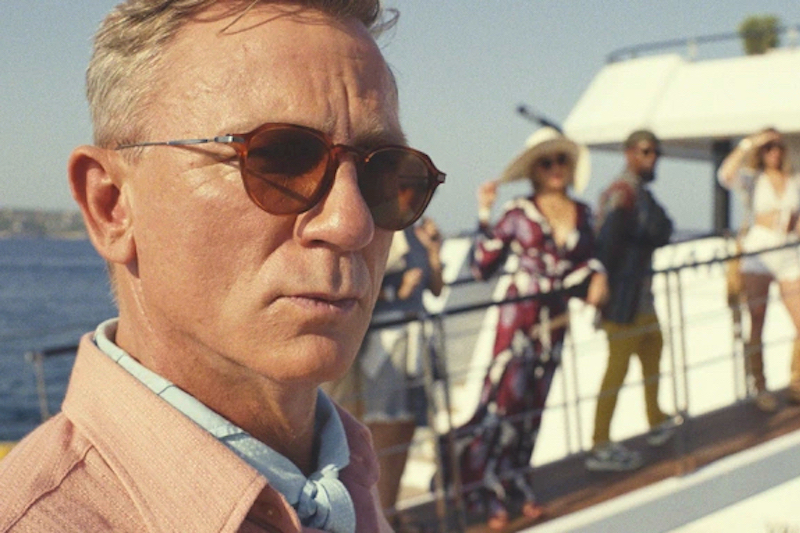 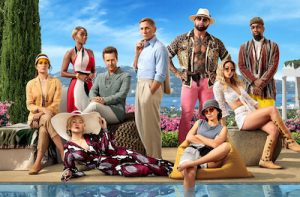 Yes, Daniel Craig is back as the world’s greatest detective Benoit Blanc in the second hysterically comical mystery. The new “Knives Out” adventure showcases the fearless detective at a lavish private estate on a Greek island, but how and why he comes to be there is only the first of many puzzles. Ed Norton stars as billionaire Miles Bron, who summons his friends via a mystery puzzle box to join him at his private estate in Greece to solve a murder mystery. Rian Johnson, the director, and writer of the first “Knives Out” movie, repeats his filmmaking role in “Glass Onion,” a stand-alone film. 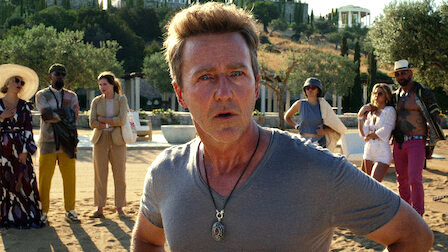 Miles views his friends’ success stories as his own, as he gives them positions and cash to succeed. Janelle Monáe’s Andi Bran became his business partner, Kathryn Hahn’s Claire Debella was elected governor after struggling in politics, Leslie Odom Jr’s Lionel Toussaint went from third-grade science teacher to a working scientist, Kate Hudson’s Birdie Jay’s fashion career took off despite her incompetent behavior, she’s kept in-check by her assistant Peg (Jessica Henwick) and Dave Bautista’s men’s rights and Second Amendment activist the goofy Duke Cody took off as a Twitch streamer who’s romantically involved with the ambitious model Whiskey (Madelyn Cline) of the “Outer Banks” TV series. Each character has their own secrets, falsehoods, and motivations. When a dead body is found, everyone is a suspect.

Miles calls his friends “disruptors,” people who bucked the status quo in their own unique way and who have made a profit. The first film jabbed fun at the stale closed-off world of the generationally wealthy, “Glass Onion’s” knives’ target is ‘new money,’ and continues in an equally mocking way. The faux-murder mystery soon becomes a real murder mystery, and it’s up to Benoit Blanc to solve the mystery and keep himself alive. His role has been amplified, and to our advantage, this is a part he was born to play. I dare you not to laugh-out-loud, at his outrageous accusations. Who knew James Bond could be so comical? In addition, for the fashion conscience minded viewers, his wardrobe is fantastic! 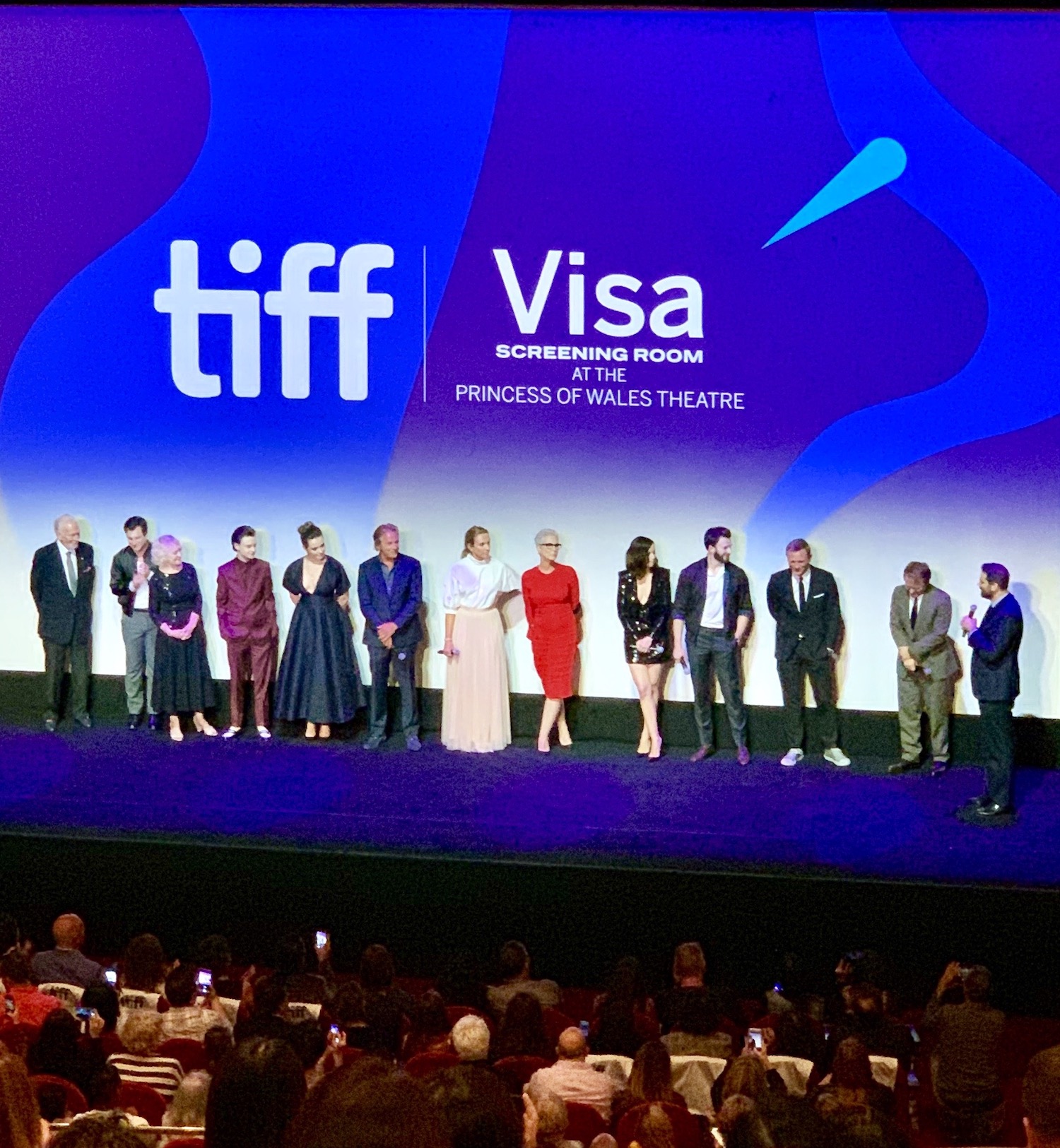 I screened the film in Toronto at TIFF with a boisterous audience that didn’t hold back the laughs—it was great fun, and I enjoyed every minute. At the conclusion, a standing ovation ensued. My mind drifted back to three years ago in Toronto when I attended the premiere of “Knives Out” and all of the cast walked out on stage with filmmaker Ryan Johnson and Toronto’s own Christopher Plummer, who sadly passed away in February of 2021. I enjoyed viewing Chris Hemsworth and Daniel Craig goofing off on stage. 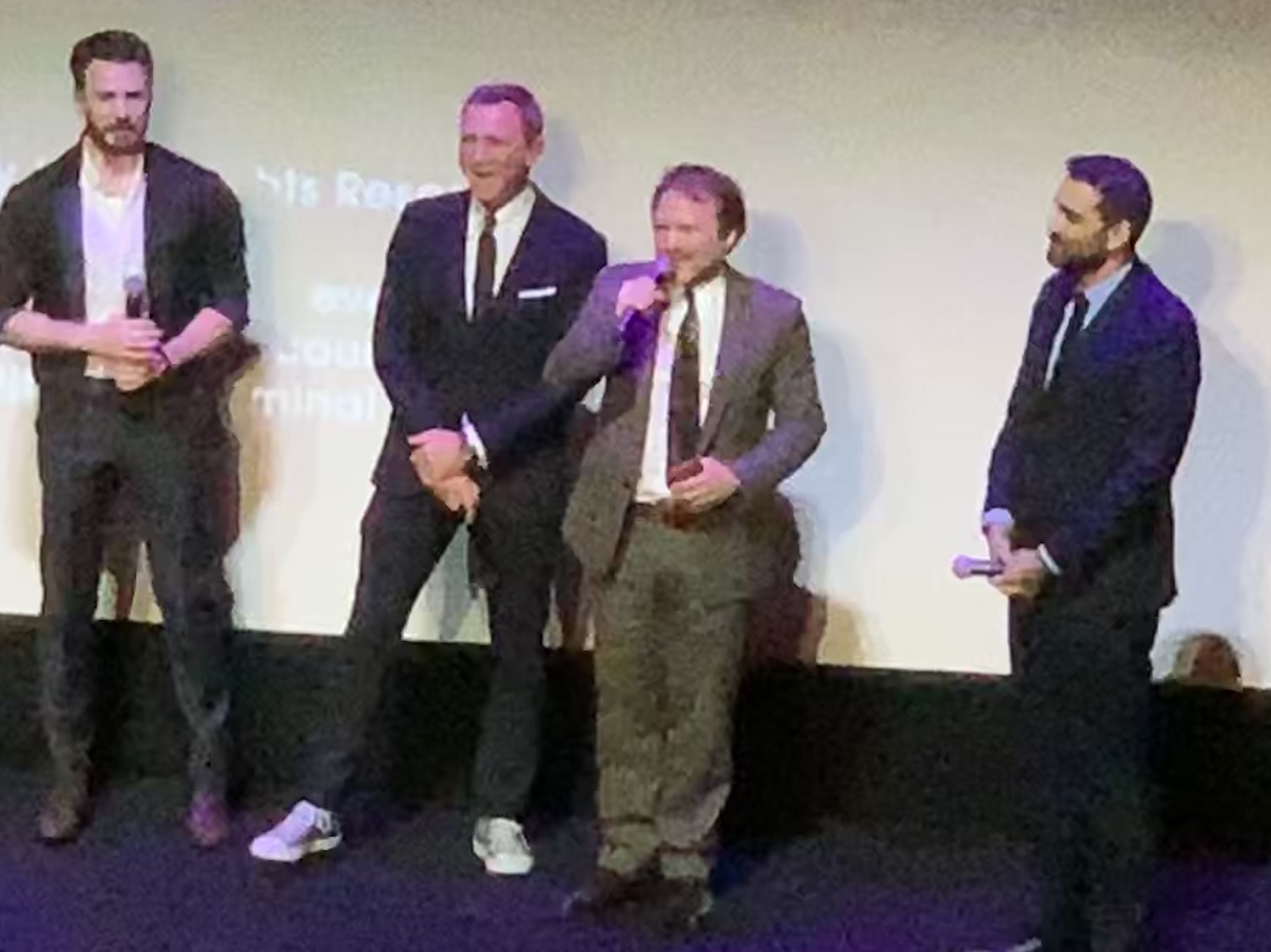 The Bottom-line: I’ve seen the movie twice, (Film Fest 919 in Chapel Hill, NC) and can say it’s entertaining. The script is playful and humorous; the stand-alone film has excellent performances by the lead characters, Daniel Craig and Janelle Monáe. It’s in theaters now and will stream on Netflix on Dec. 23.