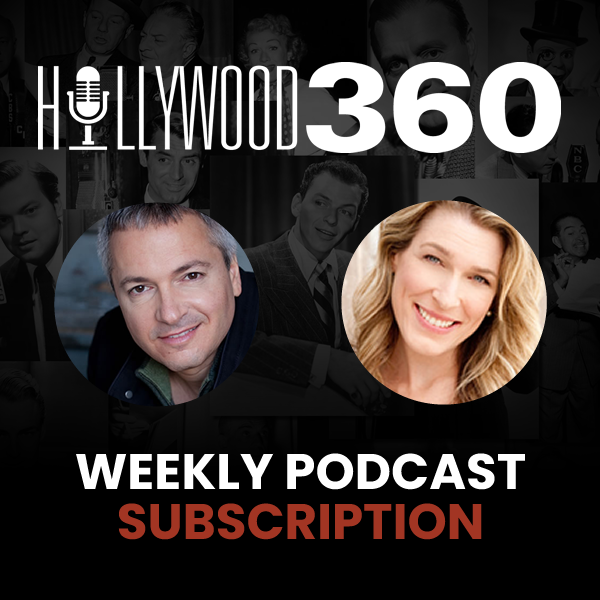 Listen to Carl and Lisa every week with this monthly subscription at just $5.99 per month!  After you sign up, we will send you the 5-hour podcast every Monday right to your email so you don’t miss a beat!

HOLLYWOOD 360 is a 5-hour, nationally-syndicated radio show heard each week on great radio stations from coast-to-coast. Your host is Carl Amari, who has spent 40+ years as an award-winning TV, Radio and Film producer. Each week, Carl, and his co-host Lisa Wolf, bring you the showbiz extravaganza of trivia, showbiz news, fun games and classic radio shows including: The Shadow, Jack Benny, Dragnet, Suspense, Gunsmoke, Inner Sanctum, Fibber McGee & Molly, The Whistler, The Great Gildersleeve and hundreds more. Michael Gastala is the show’s Executive Producer, Sarah Adamson is the show’s National Movie Critic and Carl’s ‘crabby’ brother Vince is the show’s jack-of-all-trades. HOLLYWOOD 360 is also heard each week in 168 countries on American Forces Radio’s most popular channel, The Voice.