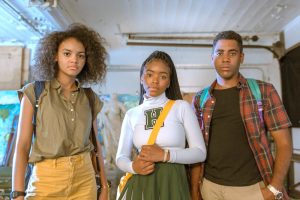 “Selah and the Spades” is a High School drama with anti-hero Selah who claims her throne. Five factions run a Pennsylvania boarding school’s student body. Selah Summers, played by Lovie Simone, runs the most powerful group, the Spades. They sell illegal alcohol and pills.

As tensions between the factions come to a head, Selah’s moral compass turns to evil, as she wrestles with losing her control.

Director and Writer Tayarisha Poe, a new filmmaker, provides a loud statement, “Stop, trying to shape teen girls, just let them be themselves!” Chaz Ebert is a producer.

Selah is a fully written and expertly directed character; she’s a force to be reckoned with. She’s strong, beautiful, bold, and driven by power. Ultimately the mask is lifted as her ultra-controlled home life is unveiled.

With shades of movies like “Clueless,” “Pretty in Pink,” “Mean Girls” and “Heathers,” “Selah and the Spades” is visual artistry of storytelling in motion. 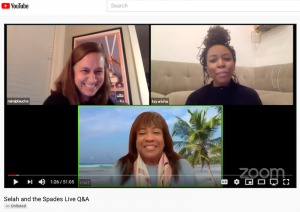