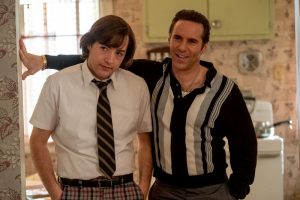 Tonight, I’m going to talk about the new Soprano movie that stars Michael Gandolfini, the real-life son of James Gandolfini as Tony Soprano. Most of you know that he passed away in 2013.

“The Many Saints of Newark” is a crime drama rated R and is the prequel to the HBO TV series “The Sopranos.” The series first aired in 1999 and ended in 2007 with 6 seasons.

The director is Alan Taylor, with David Chase and Lawrence Konner as screenplay writers. The film takes place during the 60s and 70s in Newark, New Jersey where creator David Chase grew up. We view the grooming of Tony as a teen of a and his family life as a member of a crime family—who in the end has little choice than to continue the traditions. Vera Farmiga as Tony’s mom, is the only parent in the house as dad is away in prison. Mom is ill-equipped to handle her bright son on her own, Tony’s uncles step in, blurring the lines between right and wrong. 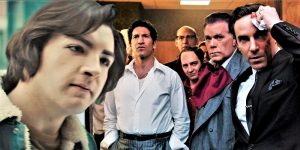 The Bottomline, make no mistake, this is a violent film, with race issues and violence toward women. One of the torture scenes, in particular, is overly graphic.

What I especially appreciated was the history lesson of the Newark Riots; I had no recollection of those or the race problems.

Another plus is viewing Ray Liotta in a double role; yep he plays twin brothers.