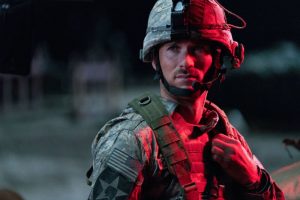 Scott Eastwood stars in “The Outpost.”

Director Rod Lurie’s excellent, riveting film, “The Outpost,” a military thriller, is based on the bestselling book by Jake Tapper. In 2009, a relatively small group of US soldiers at American COP, (Camp Outpost Keating) in Kamdesh, Afghanistan, just 14 miles west of the Pakistan border, were assaulted by over 300 Taliban fighters, known as the Battle of Kamdesh, resulting in eight Americans killed, 22 wounded, and a relinquishment of the base. 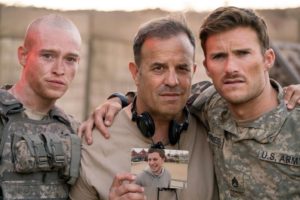 Caleb Landry Jones, Rod Lurie and Scott Eastwood on the set of “The Outpost”

Similar in tone and intensity to “Black Hawk Down” while capturing long realistic shots as in Sam Mendes’s “1917” –”The Outpost” is a must-see military battle film garnering an immersion into the lives of heroes that sacrificed their lives for their fellow Americans. Unfortunately, most don’t even realize that the war in Afghanistan is still going on today and that soldiers are still in dangerous areas.

Lurie, a West Point graduate, Army veteran, and filmmaker whom I interviewed a few weeks ago spoke about these men’s brotherhood and the fact that everyone who died in this battle was trying to save someone else. Casting an outstanding ensemble to play the heroic soldiers who fought bravely and the eight who gave their lives against incredible odds provides the film with realism. Casting actual Kamdesh battle veterans, as Daniel Rodriguez, a specialist soldier who plays himself in the movie—he was in the mortar pit at the time of the battle— everything that he did on that day is re-created, giving the film ‘actualism.’ 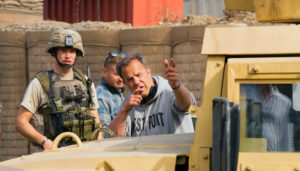 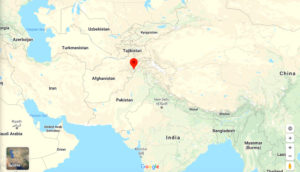 By all accounts, just looking at the geographic location of COP Keating, it’s the worst possible spot, at the center of a deep valley. From the get-go, the enemy Taliban forces had a dominant advantage and hid in the ridges that overlooked it. With a birds-eye view, they could shoot directly down into the outpost. The purpose of cutting off supplies to the border and forming community relations was a moot point in such a vulnerable situation. 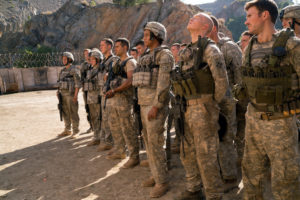 We are given the background, details, and purpose of the mission in the first half of the film by Lurie and screenwriters Paul Tamasy and Eric Johnson. The second half lays out the 12-hour attack amid conversations, orders, and gunfire.

The Bottomline? I’m all in 4 stars out of 4. The film is a tribute to the soldiers and their families. I can’t urge you enough to see this important, historical film, it will tug at your heartstrings, and you’ll feel proud to be an American.

Check out my interview with the director of “The Outpost” Rod Laurie on Sarah’s Backstage Pass.com. See you next week.