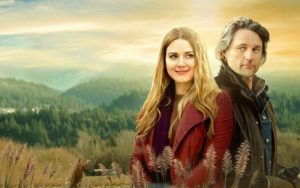 “Virgin River,” is a romantic comedy and drama series with 10 episodes in Season 1 and is streaming on Netflix. It’s based on the book of the same name by Robyn Carr.
We meet Mel, played by Alexandra Breckenridge, a Midwife, and nurse; she’s hoping to start a new life in Virgin River, a small town in northern California. She’s accepted a job to work for Doc, played by Tim Matheson, and meets a love interest Jack, played by Martin Henderson, who owns and operates Jack’s Bar.

The Bottom-Line: I’m in 3 stars out of 4. Here’s what I enjoyed about this “Hallmark” in tone series; It’s by the book: safe, predictable, with likeable characters, beautiful scenery, and it’s heartwarming. The downside is the flat dialogue and the depth of the script. Just grab a cozy blanket and immerse yourself in the “Virgin River.” 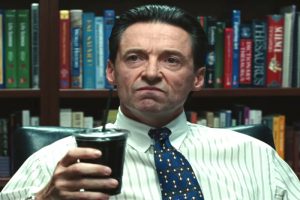 “Bad Education,” is a movie drama based on a true story and streaming on Hulu, HBO, and Amazon Prime, Hugh Jackman plays Dr. Frank Tassone the disgraced superintendent of Roslyn Schools in Long Island, NY. He’s the last person you would have ever expected to get caught embezzling money from his schools. Allison Janey plays the Assistant Superintendent, who also served prison time for her involvement.

The Bottom-Line: I’m way in 3 ½ stars out of 4 Hugh Jackman is the reason to see this film. It’s one of his best performances of his career. Allison Janey gives a strong performance as well. “Bad Education” is directed by Cory Finley—his second film after the terrific film Thoroughbreds—and was written by Mike Makowsky, who was a middle school student at Roslyn when Tassone was arrested in 2004.