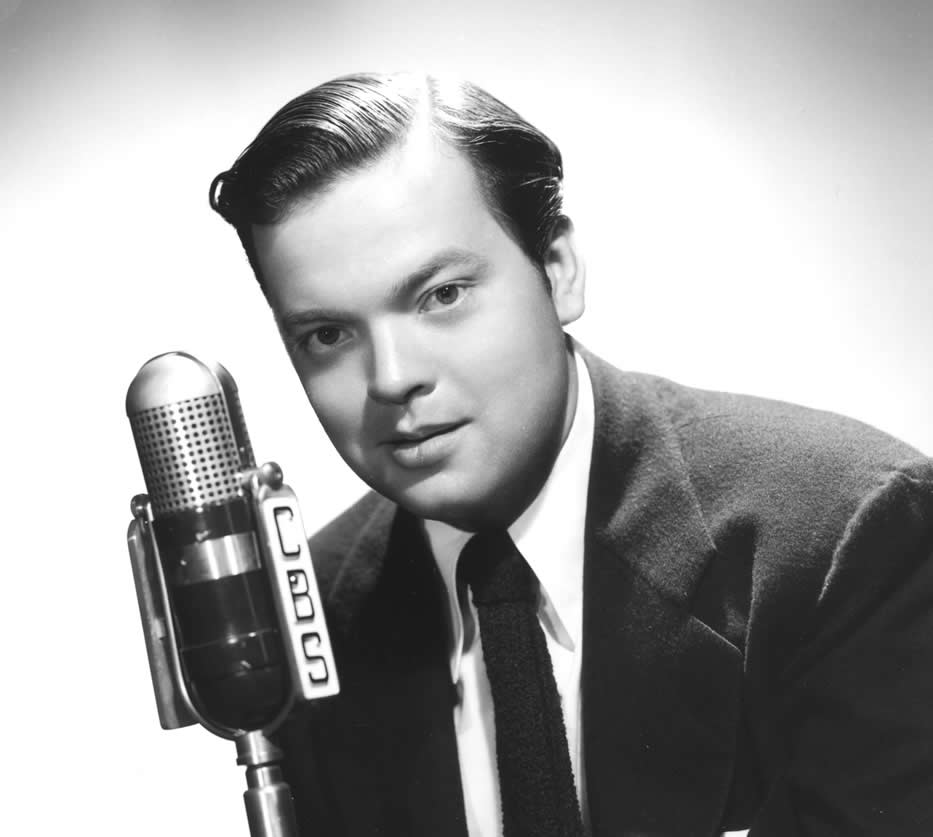 We all know and love Orson Welles!  But how well did you know the classic radio show star, actor, director, writer, and producer?  Test your knowledge below–and no peeking at the answers!

Question: One of Orson Welles’ favorite mystery stories was “The Hitch-Hiker” written by Lucille Fletcher who was married to music composer Bernard Herrmann. Welles starred in “The Hitch-Hiker” several times on radio. On what series did he first perform it?

Answer: On his own CBS radio series “The Orson Welles Show” which aired 11/17/41 (no recording exists). I’m sure many would have guessed that the first time Welles starred in “The Hitch-Hiker” was on SUSPENSE but no, it was on his own radio series which was sponsored by Lady Esther. The very first time Orson Welles starred in this famous radio play on SUSPENSE was 9/2/42 and you can own this 30-minute episode as part of 12 episode collection of SUSPENSE vol. 1 available to digitally download the month of October for $9.99 which is 50% off the regular $19.99 price.

Question: Orson Welles is often credited as being the first actor to portray “The Shadow” on radio. Is this true or false?

Answer: False. Welles was not the first actor to portray “The Shadow” on the air but he was the first actor to portray Lamont Cranston on radio. The first time “The Shadow” was heard on radio was 7/31/30 as the host of DETECTIVE STORY HOUR narrating “tales of mystery and suspense from the pages of the premier detective fiction magazine.” The Shadow was first voiced by James LaCurto and later by Frank Readick, Jr. The character became so popular that producers developed a new radio series called THE SHADOW that premiered 9/26/37 starring 22-year old Orson Welles as Lamont Cranston “wealthy young man about town” who, as The Shadow, could cloud men’s minds and render himself invisible in order to fight crime.

Question: What was the first radio play performed on Orson Welles’ series THE MERCURY THEATRE and no it was not “The War of the Worlds”?

Answer: “Dracula”. THE MERCURY THEATRE premiered on radio 7/11/38 starring 23 year old Orson Welles in two roles, that of Doctor Seward, acting as the de facto narrator and also the title role of Dracula.  FYI: You can digitally download this hour-long radio broadcast of “Dracula” in a six episode collection of THE MERCURY THEATRE here  and make sure to own the 12 episode collection of SUSPENSE vol. 1 available to digitally download the month of October for $9.99 which is 50% off the regular $19.99 price.