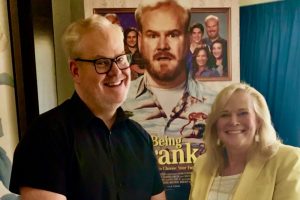 Jim Gaffigan stars as Frank who is living a lie, he has two separate families, that each don’t know about the other…until his High School senior son Phillip (Logan Miller) finds out. Talk about a crazy scenario, he has two wives, two sons and two daughters. The director is Miranda Bailey.

There’s a standout performance by Logan Miller, as he’s the moral compass of the film. The directing is spot-on as the characters are natural and very believable in this quirky comedy about life choices and consequences.

I feel the movie also speaks to kids of divorce, and the notion of their dad’s new family and the possibility that he treats them differently, which I know can be a common thing, than the first family. It’s not necessarily a lie, but the reason that many of the emotions are still there. So I felt kids and teens could see that as well. Phillip does stand up for himself and that alone helps kids not to sit back, rather get their fair due in life. 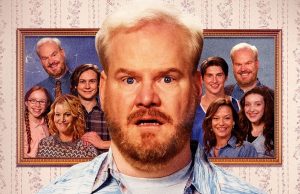