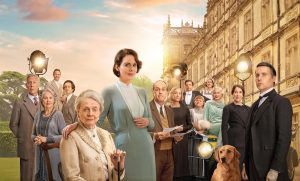 Hi Carl, and hello to all of our listeners; the news from the Cannes Film Festival is that the movie Elvis is set to premiere. Here’s the excellent news, Lisa Marie Presley loves the film, as does their granddaughter, actress, and director Riley Keough.

The movie DOWNTON ABBEY: A NEW ERA is now playing in theaters; it’s the sequel to the film “Downton Abbey.” The cast reunites and discovers a mystery centered on Violet (played by Maggie Smith) and her newly inherited villa in the south of France.

Hugh Bonneville, Elizabeth McGovern, Michelle Dockery, and Hugh Darcy also star, and the Director is Simon Curtis. “Downton Abbey: A New Era” is refreshing and the perfect movie to take you away to a beautiful part of the world. 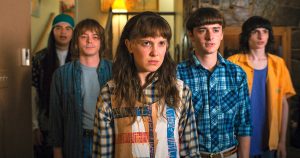 Next up: “Stranger Things” Season four Part One is streaming now on Netflix. Six Episodes end with shocking details that we’ve all been waiting for. Be prepared for horror to the max!

Thanks for listening in tonight; I’m Sarah Knight Adamson, your National Film and TV critic reporting for Sarah’s Backstage Pass; I’ll see you next week with the winners of the Cannes Film Festival.