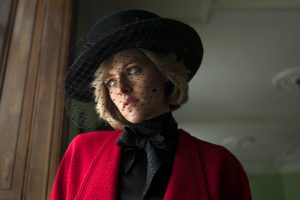 Tonight, I will talk about three standout films that opened toward the end of the Film Fest 919 in Chapel Hill, NC. “Mass,” “Passing,” and “Spencer,” and here’s the good news; they are all excellent.

“Mass” is playing in theaters now; it’s the story of two couples who meet face to face to discuss their sons. One of the couples has a son who died due to a mass shooting, and the other couple is the shooter’s parents, who also died. This is a compelling drama by filmmaker Fran Kranz, bringing four grieving parents together creates empathy for all. Ann Dowd gives a riveting performance as the mother whose son committed the horrific crime.

The film’s tone is similar to a stage play, watching four ultra-nervous people sitting at the same table—at times, the discussion becomes unbearable and different parents rise and move backward in hopes of shielding themselves from the pain. From the beginning frame, we are drawn in and are intrigued by this emotional gathering of people whose lives are forever connected. 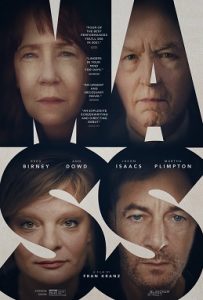 The film “Passing” stars Ruth Negga, Tessa Thompson, and Alexander Skarsgard. It’s based on the 1929 novel of the same name by Nella Larsen—it tells the story of an African-American woman who has lied to her husband about her heritage and is living her life (passing) as a white person.

Rebecca Hall’s debut feature, “Passing,” which she both wrote and directed, closely follows the novel. The black and white film captures the essence of the late twenties, during Prohibition. The film centers on two high school friends, now in their thirties; their hopes and dreams are explored as well as their renewed friendship. (It’s currently in theatres and coming to Netflix November 10.)

I truly loved this film; its texture is rich in tone and visually appealing, the score is also outstanding. This year, their performances are some of my favorites; the ladies stepped back in time while immersing themselves in their roles. After viewing the film, I’m now reading the book. 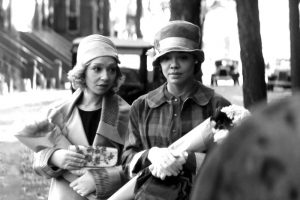 Lastly, here’s the film everyone’s talking about, “Spencer” starring Kristen Stewart as Princess Lady Diana; this was the closing night film of Film Fest 919. Viewers should know, the film is not similar to “The Crown.” The script tells the story from Diana’s point of view, with fantasy interspersed. We view her struggles with the daily duties, protocols, and time restraints, and of course, her husband’s wandering eye.

The buzz on this film is Kristen Stewart’s performance, she just may win an Academy Award for her outstanding portrayal. Mostly, the solitary, and the sorrowful Diana, are highlighted—whether it be her bulimic condition of voracious eating followed by crouching over a toilet to throw it all back up or imagining the ghost of Anne Boleyn. The screen time is all devoted to Stewart, who’s on-screen most of the time. One can only wonder if she may have drawn from her own experiences as a victim of the paparazzi during the ‘Twilight’ movie years. There’s an agony that comes with overbearing scrutiny.

The tension manifests around Diana’s confrontations. It should be noted that Timothy Spall, the Queen Mother’s equerry (Major Alistair Gregory), who’s been brought in for Christmas to beef up security, comes across as part-jailor, part snoop. Spall’s sneers and puckering of his gaunt face is a menacing presence. Spall and Stewart’s dialogue is repeatedly on edge.

The always delightful Sally Hawkins as Diana’s dresser is a breath of fresh air, a genuine human connection, thankfully the head chef (Sean Harris) emits the same empathy and guidance. We are also privy to brief moments of playfulness with Diana and her sons, showing a devoted mother who longs for more time with her children. In the end, all know of Diana’s leaving the royal family and the tragic end to her life; if anything, the film demonstrates the determination Diana had for her own stable mental health and happiness, despite the pressures of her royal life.

Thanks so much for listening in tonight. I’m Sarah Knight Adamson, your National Film and TV critic for Sarah’s Backstage Pass.