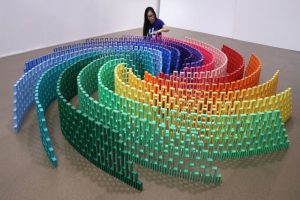 Hi Carl and Hi Everyone! I finished the SXSW virtual Film Festival last week in Austin, Texas, and have screened 20 films. Tonight, I’m going to tell you about a few standouts that should be on your radar: First, my favorite film, “Lily Topples the World,” is the true story that follows 20-year-old Lily Hevesh – the world’s most celebrated domino toppler.

The film highlights her three years of touring that features appearances by Jimmy Fallon, Katy Perry, and Will Smith. It is a coming-of-age story of an artist with a global artistic force with over 1 billion YouTube views. The director is Jeremy Workman.

The funniest film I screened was “Alien on Stage” about a group of bus drivers in London who performed the movie “Alien” on stage at Leicester Square Theater. 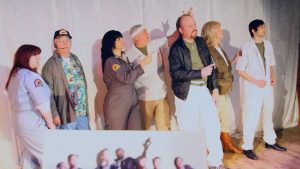 Other standout films include: “Fruits of Labor,” “Women Is Losers,” “Hysterical,” “The Fabulous Filipino Brothers,” and the Tom Petty spotlight film, “Somewhere You Feel Free.” 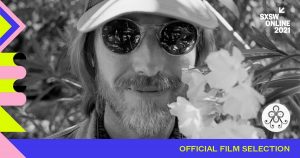 Thanks so much for listening in tonight; this is your weekly film and TV critic, Sarah Knight Adamson. Be sure to check out all of my coverage of the 20 films I screened at SXSW on Sarah’s Backstage Pass.com. And, I’ll see you next week.