Ozark and Never Have I Ever 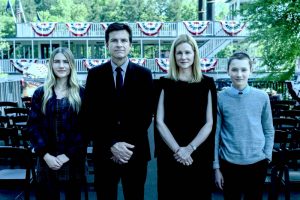 Ozark Season 3 on Netflix, it’s a drama. Jason Bateman, Marty, and Laura Linney, Wendy star in the series as husband and wife. In Season 1, Marty and his family live in Naperville, a suburb of Chicago, and quickly leave for the Ozarks as Marty is part of a money-laundering scheme that failed. In an attempt to make amends and a new secretive life for themselves and their two High School teens, they relocate in the summer resort town of Osage Beach, Missouri, a part of the Lake of the Ozarks in Central Missouri. The plan is laundering money and then to eventually move back home.

They didn’t consider the local criminals, the Langmore and Snell families, and the Kansas City Mafia. Julia Garner plays Ruth Langmore, a young woman who is part of a local criminal family. She’s also become a favorite on the show, winning an Emmy for her performance. Bateman also serves as director, also winning an Emmy and executive producer of the series.

The Bottomline: I’m Way in four stars out of ★★★★ I suggest binge-watching Season 1 and 2, as Season 3 is the best in the series. The performances are award-worthy, the storylines engaging, and memorable. A heads-up, this may be too violent for some!

Never Have I Ever 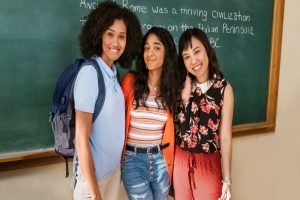 Never Have I Ever ★★★★ Here’s a new comedy show on Netflix about a High School American coming of age story, starring.

Maitreyi Ramakrishnan (My-tray-ee Rama-Kursh-Nan). Mindy Kaling and Lang Fisher create the comedy series. While speaking to diversity issues in teens, the series also is partially based on Mindy Kaling’s real childhood story of growing up in the Boston area.

The Bottom-line? I’m way in ★★★★ stars out of four. It takes a couple of episodes to settle in, although, by episode 3, I was hooked and binged watched the rest. It’s a funny, laugh-out-loud comedy with a big nod to diversity and cultures in our United States. I love this series and can’t wait for Season 2.