Street Gang: How We Got to Sesame Street/Oscar Update 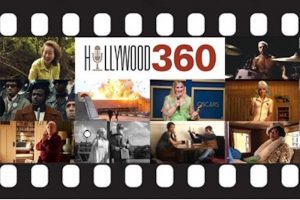 Hi Carl and Hi to all of your listeners out there. I’m not sure how many of you watched the Oscars last week, as it was a great night for me; I was in the virtual Oscar Pressroom meeting the winners after they were presented with their awards.

As part of the Oscar press, I was able to ask questions and listen to all answers. And the best part share their excitement!

Most of you know the winners so I won’t repeat those; I do want to say that “Nomadland” was a Big Winner taking home three top awards,
Best Picture, Best Actress, and Best Director. Check out my Oscar article on Sarahs Backstage Pass.com 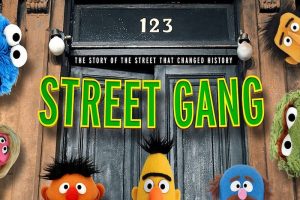 Next up my review of “Street Gang: How We Got To Sesame Street,” rated PG. The documentary story tells us the thought process behind the creation of the TV show in the 60s and how by the 70s, it was a household name. Interviews both new and archival tell the story in an easy-going format.

The show was created for children, and it didn’t talk down to its audience; it taught them important lessons on race, tolerance, and matters of life and death, while also teaching them their ABCs and how to count.
Marilyn Agrelo directs this love letter to “Sesame Street” and its cast of characters based on the book by Michael Davis. You may be surprised of the target audience for those who grew up watching the show either with their kids or as kids. Producers designed Sesame Street to look like an inner-city neighborhood, complete with trash cans and grouches. The set was modeled after a Harlem street corner in New York. The racially integrated cast served as an identifier as kids could see themselves. The show was ahead of its time in terms of casting racial equality.
The Bottom line: I’m all in, 3 and ½ stars out of 4. I appreciated the film footage of Jim Henson and the other puppeteers in action on set.

Here’s an outstanding look at how to help our children grow and learn in positive ways.
Thanks so much for listening in tonight; this is Sarah Knight Adamson, your film and TV critic, and I’ll see you next week.