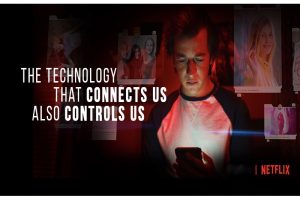 Hi Carl, tonight I’m going to talk about two movies that you can stream at home. First up: “The Social Dilemma” rated PG-13 on Netflix, here’s a look at social media and the invasion of your privacy. Have you ever googled something, and before you know it – ads appear that are trying to sell you similar items?

The film goes in-depth with talks with Facebook executives, and you’ll even meet the creator of the Like Button.

The Bottom-line, I’m in 3 stars out of four. This is a call to action film alerting us of the addiction and the emotional struggles of adults, teens, and children.

Next up: “From the Vine” stars Joe Pantoliano, a former CEO who travels to Italy to reset his moral compass. He discovers his purpose by reviving in an old vineyard in his hometown. The film is based on the book, “Finding Marco.”

I’m way in 3 ½ stars out of 4. “Joe Pantoliano radiates the screen in every frame of the gorgeous Italian countryside. It’s as if he was meant to play the role. It’s refreshingly old-fashioned storytelling that scores high notes.

Thanks so much for listening in tonight, as a reminder I’m in my 14th year as a film critic and a member of the Critics’ Choice Awards in LA. Check out my interviews and reviews on Sarah’s Backstage Pass.com.
See you next week! 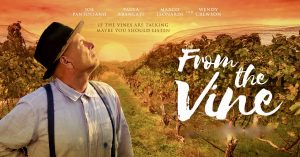