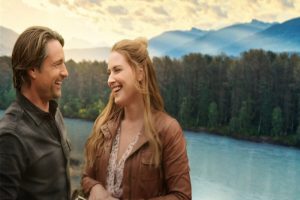 Hi Carl, and hello to all of our listeners out there! Tonight, I’m going to talk about two series that have recently added new Episodes on Netflix.

First up, “Virgin River,” Season 3. It takes place in the small fictitious town of Virgin River, California, although it is actually filmed in Vancouver, Canada. Mel, played by (Alexandra Breckenridge) is a nurse who left her former life and is starting over in a local doctor’s office.

Mel’s in love with Jack, a single man played by (Martin Henderson); he’s a restaurant owner, although he’s soon to be a new father to a set of twins by a former girlfriend.

Season 3 finds Jack and Mel at a crossroads in their relationship. Are they going to get married? Will they have children? Will they break up for good?

We also find out more about Doc’s eye condition and his wife, Hope. Other characters are developed in particular Preacher, played by John Middleton as his Jack’s sister Brie portrayed by Zibby Allen.

I’m way in for Season 3; the gorgeous scenery takes you away to a beautiful nature-filled outdoor setting, the townspeople help each other, although everyone knows everyone’s business. The characters are believable, and you can easily escape while viewing. 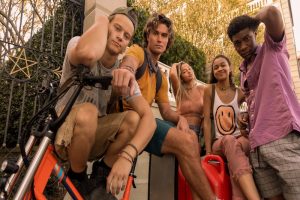 Next Up, Outer Banks, Season 2 is similar to watching the Twilight series, although the series is supposed to be real-life drama. The setting is in a coastal town of North Carolina where the town has a social divide between the wealthy seasonal residents and the working-class locals in the town. The locals are nicknamed Pogues, and the seasonal residents are named Kooks. Chase Stokes play John B. Routledge (known as John B.) is a primary character and leader of the Pogues. Sarah Cameron (Madelyn Cline) is the daughter of the wealthy Ward Cameron and John B.’s love interest.

The Pogue teens are constantly in trouble while trying to solve a gold treasure mystery, and one of them nearly dies every episode.

I’m enjoying the camaraderie of the teens and their problem-solving in working towards a goal. Be prepared; it’s ultra-drama.

This is Sarah Knight Adamson, your TV and movie critic; thanks for listening in tonight, and I’ll see you next week.